The rationale for the inventory is to show that a whole readmission system exists linking today more than 125 countries of destination, transit, and origin. The animation below clearly demonstrates the extraordinary expansion of the EU readmission system, since the 1950s to date (May 2019). This system mobilizes highly diverse countries whether these are poor or rich, large or small, conflict-ridden or not, democratically organized or authoritarian. The darker the blue color the more engaged the country is in the EU readmission system. This is a powerfully inclusive system.

To understand the scope of this system, it is important to analyze the drivers that have been conducive to its unprecedented geographical expansion and materialization. The analysis of such drivers lies at the intersection of various disciplines including political science, international relations, law, cognitive psychology, linguistics, and history. The field of investigation on the readmission system is huge and interdisciplinary research is much needed.

The readmission system is not only built on obligations which would be defined in customary international law. Nor is it only based on incentives, costs and benefits. The system is also contingent on predominant schemes of understanding, paradigms and a hegemonic lexicon shaping policy perceptions and priorities. The bilateral cooperation on readmission (be it based on standard or non-standard agreements) would never have acquired such a spectacular magnitude, beyond national vested interests, without the emergence of exceptional epistemic conditions. 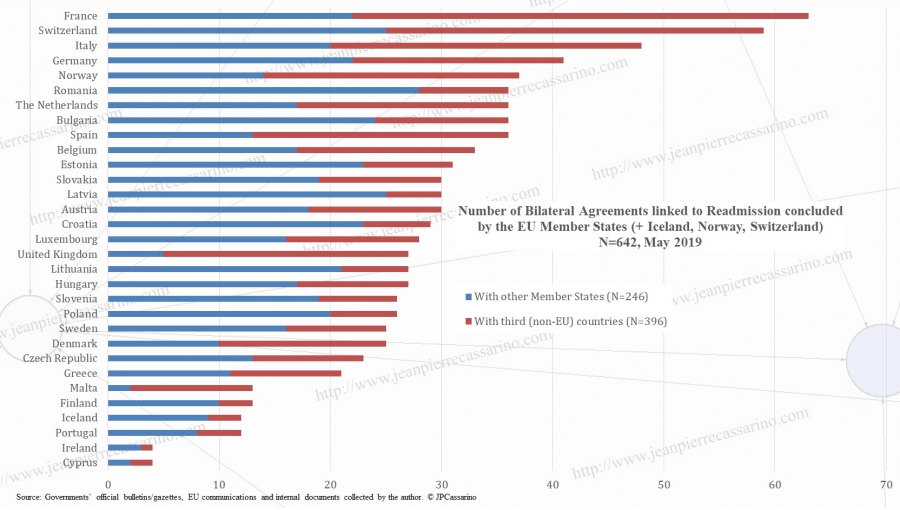 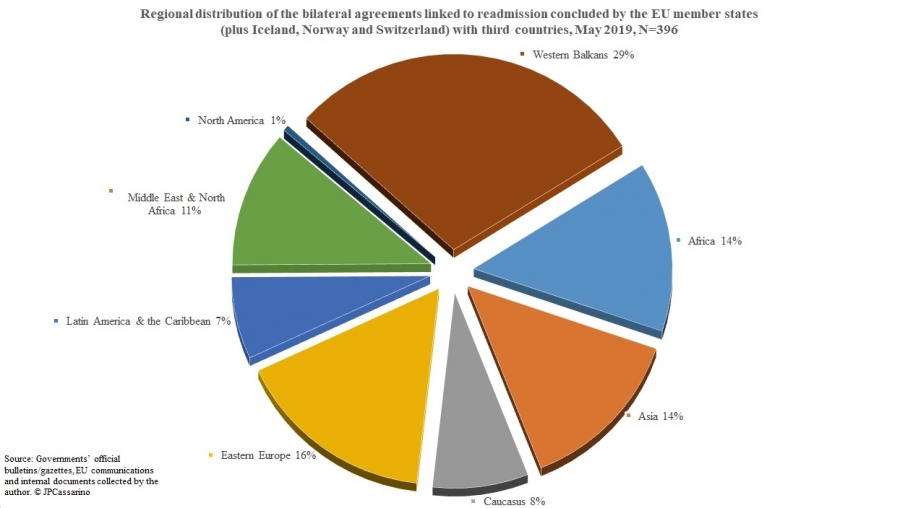 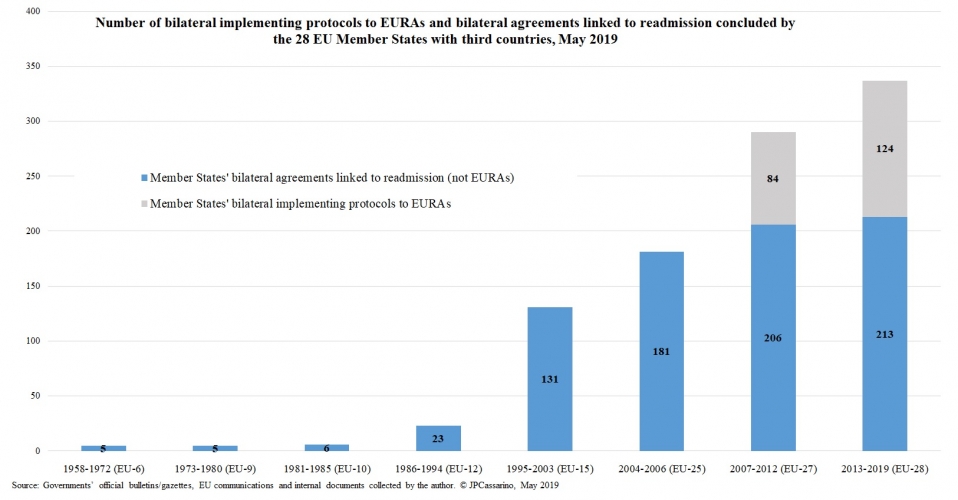 The inventory seeks to illustrate the consequences of such epistemic conditions that need to be further explored. These may have clear implications for the rights and safety of foreign nationals above all when the latter are removed to conflict-ridden countries or to countries where irregular migration is sanctioned by law. Similarly, they may have indirect implications for the ways in which state-citizen relationships have been reconfigured over the last three decades. This is what makes the current practice of readmission unprecedented.